Your Coastal Carolina Homes team has all the resources you need to buy or sell your home. Our website features the best Topsail Beach Real Estate search for homes, condos, land and foreclosures available. It is easy-to-use and updated by the official Realtor®’s database every 15 minutes.

You can save searches, and get daily email alerts of new listings, price changes, sold data, and market reports. Our Interactive Map Search allows you to view properties on a map or refine your search by drawing the boundaries around the area you desire.

Considering selling your Topsail Beach Home? Request a fast free accurate property valuation now!   Contact us to find out how we can be of assistance to you! 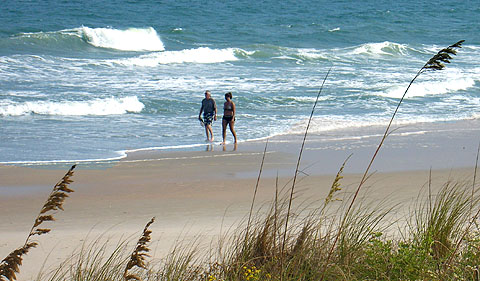 Topsail Island NC is a 26 mile long barrier island situated off the coast of southeastern North Carolina offering pristine white sand beaches, gorgeous blue-green water and three fun-filled seaside communities. Topsail Island has mass appeal and easy access from the mainland. Just off U.S. Highway 17, the island is conveniently located about half an hour’s drive from both Jacksonville and Wilmington.

Interestingly, according to local folklore, the island derives its name Topsail (pronounced Tops'l) from the area’s 18th century pirate ships. The pirates would hide their ships behind the island in the channels, hoping to ambush passing ships. The pirate ships topmost sails were visible above the landscape, leading merchant ships to shout out to crew to watch for top sails. That seafaring heritage continues on in many of Topsail Island’s towns and traditions. The name topsail actually came from Topsail Inlet. This inlet's name can be found on early navigational charts with the other Topsail Inlet located in Beaufort, N.C. Soon after J.G. Anderson developed the southernmost end of the island and named it New Topsail Beach, the island has been called Topsail. Rumors abound that Black Beard hid some of his treasure on Topsail Island. Prior to World War II, the only access to Topsail Island was by boat.

Rumors abound that Black Beard hid some of his treasure on Topsail Island. Some say that Blackbeard gifted Topsail Island with his greatest possession... his buried treasure. There's talk around these parts that in Topsail Beach there is a supposed bottomless hole, which the locals call the Gold Hole. Legend has it that in the mid-1900s, a team of treasure hunters came to Topsail from up north and identified that hole as the hiding place of Blackbeard’s treasure. They spent weeks in the Gold Hole working into the late hours of the night. But one morning, they were gone without a trace. Disappeared. Vanished. It’s as if they had never been on Topsail Island. Some say the Gold Hole is no longer, as the treasure of Blackbeard was found and left on that summer night. But is it really?

Topsail Island enjoys moderate temperatures for most of the year and relatively warm water temperatures, so outdoor aquatic activity is available nearly year-round. There are a number of events highlighting Topsail Island’s less well-known gems, such as its local vineyards and artist community. The northern portion of Topsail Island is called North Topsail Beach, the center section is Surf City and the southern section is  Topsail Beach.

Topsail Beach is Coastal Carolina living at its best. One of the least populated beaches along the Atlantic seaboard, Topsail Beach offers the quintessential coastal lifestyle that is so highly sought-after. Wake up early and capture the peace and splendor of the sunrise over the Atlantic, fish form the southend pier, grab your beach chair and relax, shop at the many boutiques or catch an evening meal at a waterfront restaurant. With much to do and award winning Topsail Schools, Topsail Beach is a great place to live. Families enjoy quick access to Surf City and Hamptstead as well as 25 minutes to Wilmington or Jacksonville.

Topsail Beach has a welcoming, generous spirit that attracts families, seniors and tourists alike. Preserving the area’s natural environment and beauty is a top priority so high-rise developments are prohibited. The town’s gorgeous beach isn’t its only draw. An excellent fishing pier and a bevvy of restaurants, gift stores and a missile museum keep residents and tourists entertained and active throughout the year.

Topsail Beach stretches from the town limits of Surf City to the southern end of the island. The well-known Karen Beasley Sea Turtle Rescue and Rehabilitation Center is located at Topsail. The center cares for sea turtles who have been injured or who are sick. The Missiles & More Museum contains exhibits related to the history of the island, including exhibits on pirates and military history.

The island has many beach houses for rent and retains the laid-back feel that is common in the Outer Banks and barrier islands. Boat rentals are available as well as numerous beach access points.

Incorporated in 1963, the Town of Topsail Beach boasts a friendly, family oriented style of beach living. High rise development is not allowed, beautification is encouraged, and conservation of the island environment is a top priority. There are over 1200 homes, but only about 500 year-round residents. The seasonal influx of tourists increases the population to about 7,000, which helps sustain the town's motels, restaurants, gift shops, fishing pier and other businesses. 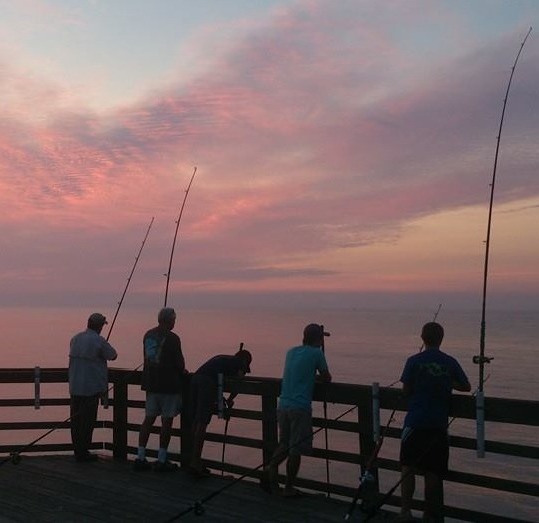 Topsail Island offers prime waterfront properties in all three of its communities, on the Atlantic Ocean side as well as on its wetlands side. Waterfront condominiums, single family homes and grand $1 million estates are all available along Topsail Island’s 26 miles.

Enjoy the benefit of living on the sound with fantastic beach views and access. Built-in 2014, this well-appointed waterfront home in Queens Grant features eye-catching ...

Incredible opportunity to build your own beach house in one of the most desirable locations on Topsail Island, the south end near Serenity Point. This corner lot locatio...

Beautiful home located in the coveted area of Bridgers Ave. in the quaint town of Topsail Beach at the south end of Topsail Island. Spacious floor plan includes recently...

This waterfront home in the highly desirable gated community of Queens Grant offers an unparalleled lifestyle on Topsail Island. The interior features an open living are...

Location Location Location!!! Great cash flow investment!! This Topsail Beach duplex was recently renovated and is a rare find. This property allows you to live in one s...

Rarely will you find a lot like this. Tucked between two streets, it offers so many possibilities when designing and building your dream vacation or investment property w...

35' by 32' canal front lot with two boat slips both of which have lifts installed. Dock and pier between the lifts and PVC bulkhead along the edge of the canal. Lounge pl...

New Construction 4 Bedroom, 3 Full Bath, and 2 Half Baths Oceanfront house with a 3 floor elevator. Yes the elevator starts on the parking level and goes to the very top...

Welcome home! 1120 Canady Avenue is a true gem on Topsail Beach: this recently updated, well kept, FULLY FURNISHED, never rented home is on a quiet street in one of the m...

Build your retreat on this street to sound undeveloped property in Topsail Beach. This large parcel has had preliminary work done showing a nestled building envelope of...

Margaritaville- the cutest three bedroom / two bath canal front property in coveted Topsail Beach is waiting for you to make it your own. Not only do you have a beautiful...

Try flying Google Earth up and down the east coast of the United States. Fly low over the barrier islands that dot the landscape. Zoom in. Most are heavily developed, or ...

Copyright 2023 NCRMLS. All rights reserved. North Carolina Regional Multiple Listing Service, (NCRMLS), provides content displayed here (“provided content”) on an “as is” basis and makes no representations or warranties regarding the provided content, including, but not limited to those of non-infringement, timeliness, accuracy, or completeness. Individuals and companies using information presented are responsible for verification and validation of information they utilize and present to their customers and clients. NCRMLS will not be liable for any damage or loss resulting from use of the provided content or the products available through Portals, IDX, VOW, and/or Syndication. Recipients of this information shall not resell, redistribute, reproduce, modify, or otherwise copy any portion thereof without the expressed written consent of NCRMLS. 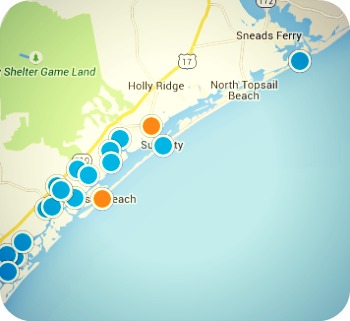